Can I Train My Body to Function on Less Sleep? 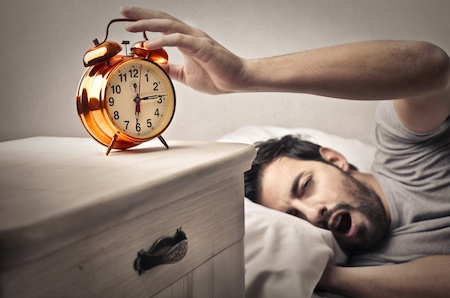 You’ll probably spend a third of your lifetime sleeping. Wouldn’t it be great if you could get some of that time back? Of course, you can't turn back time, but is it possible to actually condition your body to function optimally on less sleep?

Related Blog: Is Being a Night Owl Healthy?

Can You Train Your Body to Need Less Sleep?

It’s an interesting proposition, especially with so many famous “short sleepers” in the books. Big names amongst the so-called “sleepless elite” include Ben Franklin, Thomas Jefferson, Salvador Dali, Margaret Thatcher and Leonardo Da Vinci. With names like that, you’d think sacrificing a few hours of sleep would lead to increased productivity. Unfortunately, it doesn’t work that way.

What Happens When You Don't Get Enough Sleep?

When we don’t get enough sleep, our bodies are adversely affected. In the short-term, concentration and memory may suffer. If you’re deprived of sleep long-term, you could face an increased risk of obesity, diabetes, high blood pressure and cardiovascular disease.

So, how do the people getting by on just a few hours of sleep manage?

Are You a 'Short Sleeper' Who Can Survive on Less Sleep?

“There aren’t nearly as many (short sleepers) as there are people who think they’re short sleepers,” says Daniel J. Buysse, a psychiatrist as the University of Pittsburgh Medical Center. Only five percent of alleged short sleepers are legitimate; the rest just end up sleep deprived.

True short sleepers are able to function because of a genetic mutation in the hDEC2 gene. A 2009 study at the University of California looked at the sleep patterns of a mother and daughter who routinely functioned on minimal sleep with no harmful effects. Both carried the mutated gene.

When this same gene was tweaked in mice, they too began to sleep less and didn’t require as much sleep to make up for periods of deprivation.

So, genetics play a role in your need for sleep. While you can’t change genetics, you can change your sleep schedule and improve your quality of sleep. Consider the method put forth by Professor Jim Horne, a neuroscientist at Loughborough University.

Don’t forget the importance of quality sleep. Whether you sleep six or nine hours a night, you need a good mattress to help optimize that time. Contact us today and let us help you find a mattress that will make you look forward to sleeping!

What is the Ideal Sleeping Temperature, According to Experts

How Important is Your Pillow to Your Sleep Health?

Effects of Caffeine on Sleep Quality