Why Technology Before Bed Can Hinder Falling Asleep 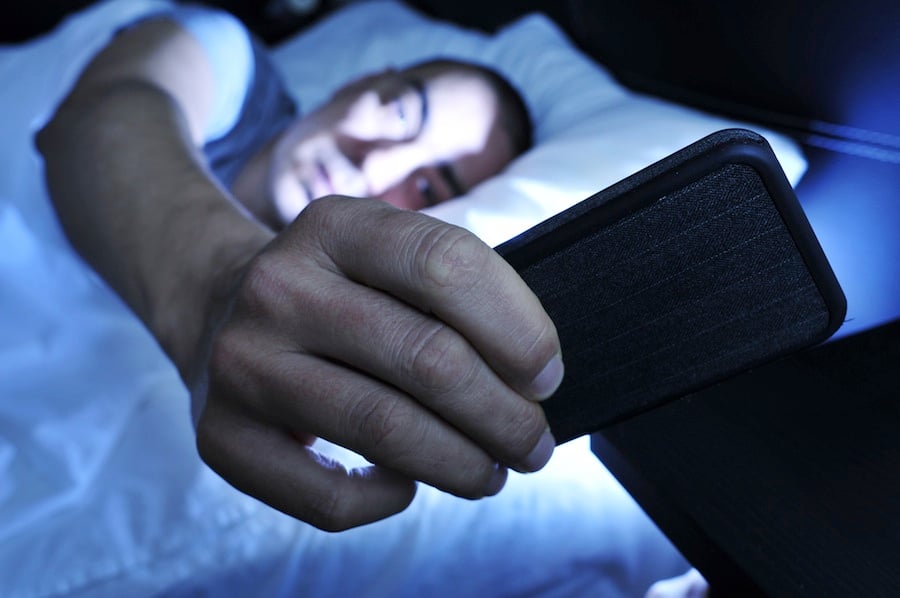 A majority of Americans aren't getting enough sleep at night due to staying up late and working or playing with electronic devices, according to a National Sleep Foundation survey. For many people, that's the only time period they allow themselves to catch up with email. Others stay up late to play video games and surf the net, but the effects of being exposed to technology before bed can keep you from getting a good night's sleep.

Related Blog: Why You Shouldn't Use Electronics Before Going to Sleep

Shorter Sleep Patterns
While nearly half of Americans surveyed say they hardly ever get the proper amount of sleep on weeknights, over half say they suffer from sleep problems nearly every night. Most Americans say they need at least seven and a half hours sleep but only get a little less than seven hours sleep on average during the week. As much as 15 percent of the adult workforce say they get less than six hours sleep during the week. Almost all Americans say they use an electronic device at least a few weeknights in the final hour before bed.

Stress from Electronic Interference
Cognitive stimulation plays a key role in how electronic devices affect our sleep, according to former NASA researcher Mark Rosekind, PhD, who is now president and chief scientist for Alertness Solutions. These devices influence the acceleration of neuron activity in the brain, which is the opposite of what you need before going to sleep. The body also becomes tense as the adrenaline gland releases the stress hormone cortisol.

Glowing Technology Delays Sleep
The glow from computer screens causes light to enter the retina into the part of the brain that controls sleep functions. Even a small amount of light exposure can slow down the release of melatonin, which is a hormone responsible for inducing sleep. Just two hours of using a tablet at maximum brightness can affect melatonin levels, according to Mariana Figueiro at Rensselaer Polytechnic Institute.

Technological Impact on Sleep
The overall impact of technology before bed is that people are sleeping less. The more often you stay up at night, the more your internal clock becomes altered, and it becomes more difficult for your body to fall asleep when you finally close your eyes. The remedy is to spend your last 15 to 30 minutes of awake time free of all electronics. Consider recharging mobile devices outside of your bedroom, where all tech equipment should be shut off.

To get your best possible sleep, stop by Land of Sleep and find the perfect mattress for you!

Why Moving is the Best Time to Buy a New Mattress

Sleep Better: Why it's Important not to Interrupt Your R.E.M. Cycle

Can A Change in Weather Affect Your Sleep?