Is There a Way to Combat Sleep Paralysis? 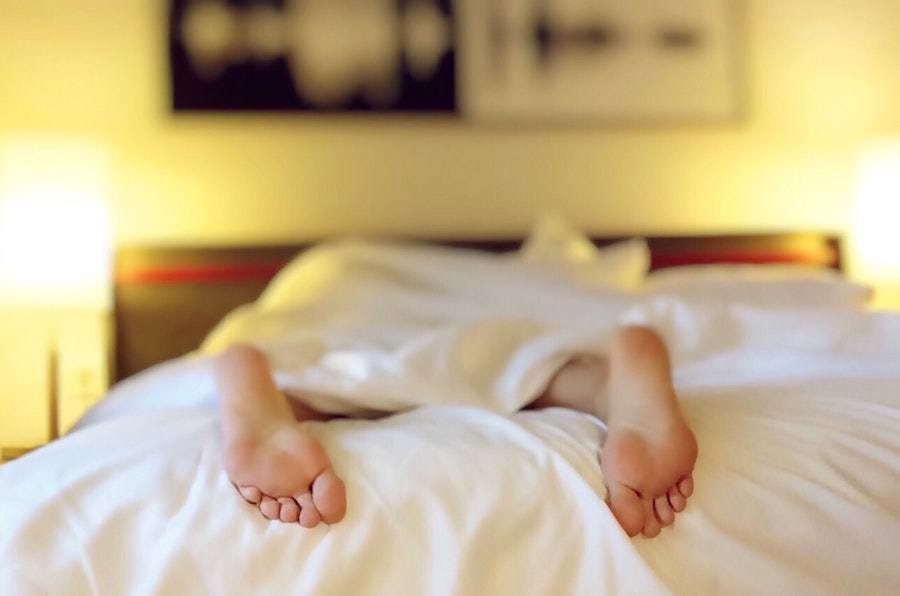 Sleep paralysis is an affliction that can affect anybody. But, can the affects of sleep paralysis be fought or completely resisted?

Related Blog: What Dreams May Come and How They Effect Your Sleep Health

Shakespeare described it as a tiny fairy drawn in a wagon made of spiders' legs, webs, grasshoppers' wings, and moonbeams. She holds a cricket-bone whip and is driven by a bug. Perhaps she's a useful fairy then? After all, she carries dreams into the minds of sleepers. In fact, she carries truths, dreams specific to those she encounters.

Yet, deeper into the story, she is actually quite terrifying. Though she showers sleepers with dreams of love and prosperity, they are also beset with dreams of violence and greed. This is Queen Mab, the fairy—"old hag"—that visits sleepers and curses them with nightmares in order to assuage her own wicked lack of fulfillment.

It's now thought that Shakespeare's description of Queen Mab in Romeo and Juliet was just one more historical account of sleep paralysis. People used to think sleep paralysis was the result of evil spirits, creatures that attacked people in the midst of rest.

The earliest written account of the condition was in 1664, by a Dutch physician. He termed it "incubus, or the Night-Mare". He said "…sometimes she believed the devil lay upon her and held her down…" and his clinical notes would go on to describe how the young woman could only sometimes awaken from the living nightmare.

Many commonly describe a feeling of crushing pressure on the chest. They may also experience it as being dragged, or choked. The creatures have been described as witches, shadowy, dog-like, horse-like, and devilish.

These accounts would continue to crop up across history and the world.

What would change is our understanding of the condition, however. It's a little different nowadays. It's thought to be the result of consciousness during REM sleep, not the result of malevolent entities. At least by experts and doctors, that is.

It is not uncommon at all for those experiencing sleep paralysis to believe they've been visited by ghosts, demons, even aliens.  That's how vivid the experiences are.

What Happens During Sleep Paralysis?

So how exactly does it happen?

We are paralyzed during REM sleep, the sleep state in which we most frequently dream. This is why people are often unable to move or wake themselves when experiencing sleep paralysis.

When individuals do become conscious during this phase of sleep, their bodies tend to rightfully freak out and compel the sleeper to flee. Of course, they can't because of the paralysis associated with REM sleep. The terror this invokes has the ability to elicit some pretty nasty hallucinatory experiences.

This is when people can start to see what they perceive to be devilish, demonic, and frightening things that terrify them.

40% of individuals will have at least a couple of these experiences, with 6% going on to experience sleep paralysis more frequently over time.

How Can Sleep Paralysis Be Treated?

If the condition is quite anxiety-inducing, individuals might seek the help of a doctor. Sleep paralysis can be treated. It is thought that trying not to sleep on the back can help.

A doctor will likely want to treat underlying conditions—such as mental health conditions and narcolepsy—first. They might also prescribe antidepressants in order to better regulate the sufferer's sleep cycles. Making sure you're receiving an adequate amount of sleep is also helpful.

Simply remembering that there is truly nothing to fear and that the episode of paralysis will likely be short-lived can in itself go a long way to combating some of the anxiety the condition might produce. As well as making an effort to practice healthy sleeping habits!

How to Get the Most Out of Your Naps

What Your Pajamas Say About You

How to Stop Snoring with an Adjustable Bed