How Much Sleep Do Teenagers Need? 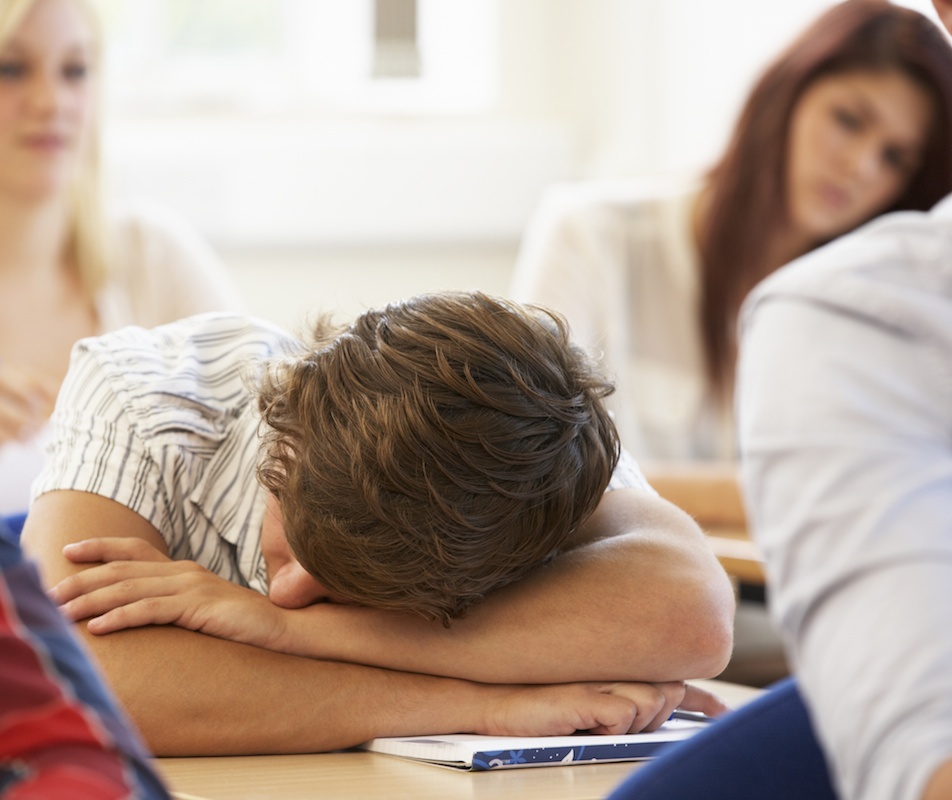 For many years, teenagers who stayed up late, overslept in the morning, and fell asleep in class were often characterized as having a discipline problem. But recent studies have championed the sleep-loving adolescent, showing that teenagers and pre-teens have good reason to hit the snooze button.

Related Blog: School Is Back In Session: Establish a Sleep Schedule For Your Kids

New sleep study research shows that during a person's teenage years, their body's circadian rhythm -- what operates the body's internal/biological clock -- gets a temporary reset. This reset translates to a mental, emotional, and physical push to fall asleep later. Scientists believe these urges are primarily because the brain changes how it produces the hormone melatonin. Instead of producing it closer to morning and early afternoon, as it occurs with children and adults, the teenaged brain produces later in the evening. This makes it hard for the average teenager to fall asleep early, even if they were able to do so a year earlier.

While these hormonal changes might have been a huge boon for the earliest of humans, in which different sleep patterns were key for safety and food hunting and gathering, they aren't so great for the modern day teenager. Today, the change in a growing teenager's circadian rhythm arguably couldn't come at a worse time. Most counties schedule high school at the earliest time possible so as to leave time in the afternoon for extracurricular activities, like sports and part-time jobs. There is also an intense amount of pressure for students to study hard, get good grades, and focus on getting accepted into a good college. Unfortunately, all of this leaves little time for a good night's sleep.

And How Much Sleep Exactly do Teenagers Need?

Health professionals recommend for teenagers between the ages of 13 and 18 years old to get eight to ten hours of sleep per every 24 hours to promote optimal overall health and alertness. Unfortunately, with the early start times of high schools paired with teenagers' changing circadian rhythm that makes it hard to fall asleep before 11 p.m., it's a rarity for an American teenager to get that full amount of recommended sleep every day of the week.

So, What Can Be Done?

Two major things: Let your teenager sleep in whenever they can and get them a comfortable, new mattress from Land of Sleep that'll ensure that they get the best sleep possible when they do.

Sleep Better: Why it's Important not to Interrupt Your R.E.M. Cycle

Are You a Night Owl or Just Insomnia? How to Tell the Difference!