Florida Residents: Can Your Mattress Stand the Heat? 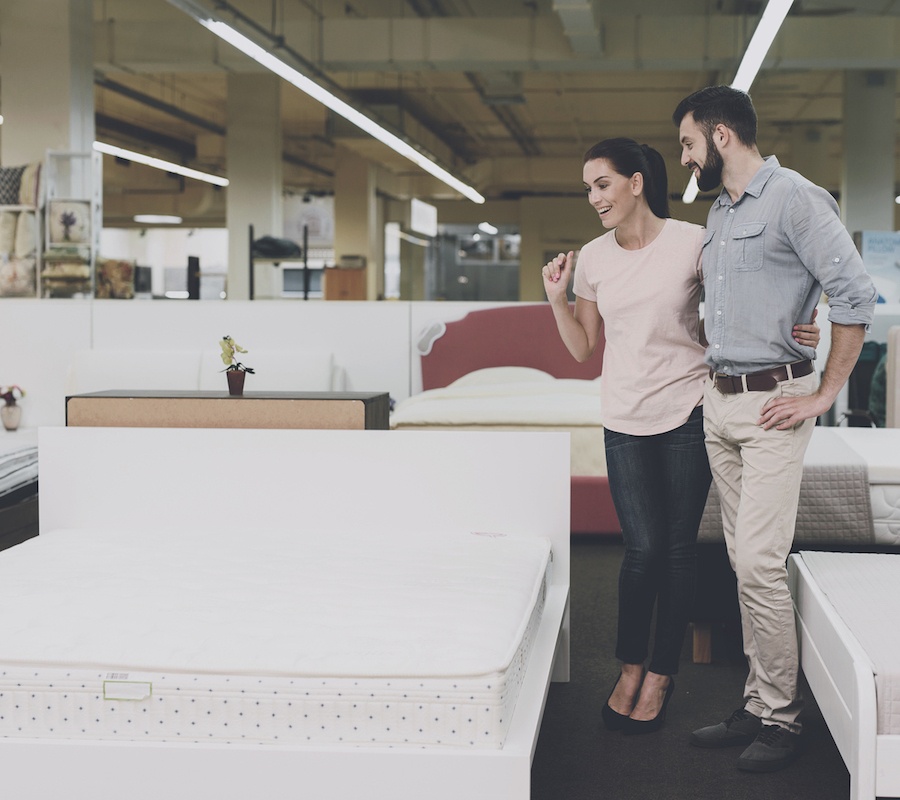 Have you recently moved to Florida? If so, chances are, you've already realized something surprising about The Sunshine State's weather. Unlike other parts of the country, year-round temperatures tend to stay above 40 degrees. And yes, during the summer months, it can get quite hot. So, does that mean it's time to buy a double-sided mattress?

Need One Side or Two?

The answer to that question is, "not necessarily." In some cases, a well-designed, single-sided mattress will do. Let's take two of our favorite brands as examples, Beautyrest® and Serta®. Both manufacturesingle-sided mattresses with temperature control features sought after by many Americans. As such, you'll likely find them just as comfortable in the late summer as you will in mid winter.

Florida's residents have been counting on temperature controlled mattresses to keep them comfortable for years. And in recent times, the quality of such comfortable mattresses has been improving thanks to a rise in hybrid construction. Who makes the best hybrid mattresses for homes in Sarasota and Venice, Florida? One mattress brand we'd recommend is Sherwood® Bedding.

Sherwood® Bedding's temperature controlled hybrid is made with some of the best stuff on earth, namely memory foam and nano springs. Together, they promote better air circulation, which is exceptionally important to have in the heat of summer. The memory foam is very responsive to heat. It's been designed that way since the 1960s. So when the temperature changes, it moves and exerts pressure on to the nano springs.

Nano springs' design qualities are similar to that of the memory foam, namely they respond to heat. As such, they seamlessly work in tandem with the foam to cradle the body and reach the optimum sleep temperature. The same benefit may be found in temperature controlled mattresses manufactured by Restonic®. Similar in construction to Sherwood® Bedding's hybrid, it also boasts a layer of Tempagel®.

What's Tempagel®? We're always glad when Sarasota and Venice, Florida's residents ask us that question because it gives us another opportunity to talk about how far mattress construction has come in the last decade. Like the product's name suggests, it's a gel that helps regulate a mattresses internal temperature. It's typically combined with memory foam products to help increase their natural response rate.

And yes, that improved response rate goes beyond increasing the mattresses' ability to heat, cool and cradle bodies. It also absorbs movement. If you've ever slept next to someone that tosses and turns a lot, you already how important energy absorption can be for all involved. Sometimes the restlessness is caused by stress, which may be temporary.

Get Those Kicks Elsewhere

Other times, it could be a result of Restless Leg Syndrome. It's a chronic condition Florida physicians' say is very widespread and may get worse in old age, which is generally when people are also more prone to developing dementia. In addition, studies that have previously appeared in Sleep Magazine show the reverse to be true. People with cognitive deficits and unrelated comorbidities also tend to develop movement disorders.

So is it any wonder hybrid and standard mattresses with Tempagel® may help people with more than one health condition sleep better? We think not. That's one of the reasons we carry such great mattresses in our inventory. It's our goal to help everyone in the country sleep better and subsequently live happier. To learn more about our goal and the other ways today's best mattress manufacturers are helping Floridians rest easy, please contact our Land of Sleep Team today.